Aim: The aim of the research was to create an original model for assessing the efficiency of production lines for five agricultural products. The purpose was to determine, based on the developed model, which production lines are efficient and which are not efficient.

Methods: An original integrated model was created that includes the Data Envelopment Analysis (DEA), Stepwise Weight Assessment Ratio Analysis (SWARA) and Weighted Aggregates Sum Product Assessment (WASPAS) methods. DEA was applied as a linear programming model to determine the efficiency of five agricultural products based on eight inputs and one output. After that, SWARA was applied to determine the weight values of criteria, and WASPAS was applied to the final ranking of alternatives.

Results: The results show that 2 of the 5 production lines were not efficient, and they were further eliminated from the model. To determine the final ranking of production lines for other agricultural products, the SWARA-WASPAS model was implemented. The final results show that Alternative A2 (corn) is ranked as first, i.e., the most significant (0.933). Alternative A5 (seeds) is ranked second in terms of significance (0.874), while Alternative A1 (wheat) (0.769) is in third position.

In order for the enterprise’s management to be able to make the right decisions and perform them in the right way, it is necessary to face real facts in the enterprise on a daily basis. It is not sufficient just to observe the results achieved in the past, but managers must rely on the current situation in the enterprise and solve problems with timely and right decisions. This paper is based on the research conducted in a particular enterprise engaged in agricultural production. The production is diverse, and many operations that lead to the finished product are performed in that process. In this paper, the efficiency of production lines is evaluated using an integrated developed Data Envelopment Analysis (DEA)-Stepwise Weight Assessment Ratio Analysis (SWARA)-Weighted Aggregates Sum Product Assessment (WASPAS) model. After the efficiency assessment, the production lines evaluated as efficient in the previous step are ranked using the SWARA and WASPAS methods. The model used in this study, therefore, represents a combination of DEA, SWARA and WASPAS methods for application at different calculation stages in this research.

The aim of this paper is to enable the enterprise to make a decision on how best to allocate resources to gain maximum business results, i.e., which production line is the most efficient; to which the most attention should be paid; and which should potentially be excluded from the production process.

The main contribution of the paper is the development of a decision-making model using a combination of the above-mentioned methods. This integrated model is presented for the first time in this paper.

This Introduction is followed by a review of the existing literature that deals with the problems of decision-making and the application of the given methods. Section 3 includes the development of the methodology that is used in the paper. Section 5 refers to the case study and results, where we applied the developed model. Section 5 draws the conclusions.

After an overview of the above-mentioned research, we can conclude that the integration of DEA, SWARA and WASPAS methods does not exist in the literature; thus, this study can contribute to the overall literature.

Then, Equation (3) can be applied to determine the final efficiency of production lines.

Production lines that have a value of 1 are further implemented in the model.

The SWARA method is one of the methods for determining weight values that play an important role in a decision-making process. The method was developed by Keršuliene et al.[18] and, according to them, its basic characteristic is the possibility of assessing the opinion of experts on the significance of criteria in the process of determining their weights. After defining and forming the list of criteria involved in a decision-making process, the SWARA method consists of the following steps.

Step 2: Determine sj, which is the comparative importance of average value. Starting from the second ranked criterion, it is necessary to determine their significance in the following way. It is determined how much more important criterion cjis than criterion cj+1.

Step 5: Calculate the weight values of criteria with the sum that is equal to one:

where wj represents the relative weight value of criteria.

The WASPAS method[19] is a relatively new MCDM method that is derived from two methods: the Weighted Sum Model (WSM) and the Weighted Product Model (WPM).

The WASPAS method consists of the following steps:

where B denotes benefit criteria, while C denotes cost criteria.

Step 3: Weight the normalized matrix by multiplying the previously obtained matrix with the weight values of the criteria:

Step 4: Sum all values of obtained alternatives (summation by rows):

Step 5: Determine the weighted product model by applying the following:

Step 7: Rank the alternatives. The highest value of alternatives indicates the best-ranked, while the lowest value reflects the worst alternative.

The research for the purposes of this paper was conducted in an enterprise that is classified as a small enterprise since it employs 26 workers. The enterprise was founded in 1956 and has not changed the core-activity of its business since then. The enterprise performs production, classified as mixed agricultural production, where the products are divided into 2 groups. The first group consists of four products from the field of crop production: wheat, corn, soybeans and oilseed rape. The second group consists of products from the field of seed production (corn seed, wheat seed, barley seed and triticale seed), which are marked as seeds in this paper. Production is carried out on 500 ha, which represents a large area of land and a large annual crop yield. Wheat production is carried out on 240 ha of land and is the largest part of the total production. The total wheat yield on that area is 1440 tons. On an area of 50 ha of land, 300 tons of corn are produced. Soybeans are produced on 45 ha of land and the total yield is 113 tons. Oilseed rape covers 100 ha of arable land and 300 tons are produced on that area. Seed production is carried out on 65 ha of land and the total amount of the product is 400 tons. Production is carried out in the territory of the municipality of Derventa, while the placement of products is performed both in the country and abroad. Therefore, the enterprise is one of the larger exporters of these agricultural products in Bosnia and Herzegovina. Until now, the enterprise has sold its products exclusively directly to consumers. The data collected are given in Table 1 and relate to production and workers performing various operations to achieve production of given quantities of products.

Thus, in Table 1, we see that the enterprise produces 5 products, and the next data we have are the quantities (tons) of the products produced. The following are the 8 operations performed during the production of these 5 products. The total quantity of wheat produced, on the mentioned area of 240 ha, is 1440 tons. To produce this quantity, 10 workers work on land preparation, 8 workers do sowing and then 3 workers each work on replenishment and chemical treatment. After that, there is harvest, which is performed by 5 workers using the available mechanization. After harvest, there is the drying operation, which is performed in specialized dryers. The tasks for this operation are performed by 2 workers. After drying, the wheat grain is purified by a conveyor belt and workers. This operation is performed by 12 workers. After the grain is purified, fumigation is performed. Fumigation is a process of chemical treatment of grains with photoxin, which protects the grain from insects. This operation is performed by 2 workers, trained to handle chemical agents.

In total, 300 tons of oilseed rape are produced on the mentioned area of 100 ha. To reach this amount, the same operations are performed as with previous crops. The first operation is land preparation by 10 workers, followed by sowing (8 workers), replenishment (3 workers), chemical treatment (3 workers), harvesting (5 workers), drying (2 workers), purification (10 workers) and fumigation (1 worker).

In this section, the production efficiency of each product is evaluated using the DEA method. To apply this method to the production process, we need data on the current production quantity [Table 1]. Equation (1) is used to minimize the number of workers for wheat production:

and thus, for each product individually, using Lingo 18.0 software, we obtain the following results:

and thus, for each product individually, using Lingo 18.0 software, we obtain the following results:

By applying Equation (3), we determine the final efficiency:

Applying the SWARA method, it is first necessary to rank the criteria in terms of their significance based on the ratings of the decision-maker, as shown in Table 2.

The first step is to form an initial matrix [Table 3].

Then, the initial matrix is normalized [Table 4].

Normalization is performed by Equation (9).

The next step is weighting the normalized matrix such that the previously obtained matrix needs to be multiplied by the weight values of the criteria obtained by the SWARA method [Table 5].

Weighting the normalized matrix is performed by Equation (11).

After weighting, all values of the obtained alternatives are summed (summation by rows) applying Equation (13).

The next step is to determine the weighted product model [Table 6] by Equation (15).

The value of λ usually takes the mean value, 0.5.

This is followed by determining the relative values of alternatives Ai[Table 6].

Finally, the alternatives are ranked according to the obtained values [Table 6].

Ranking using the WASPAS method shows that Alternative A2 (corn) is ranked first, i.e., is most significant (0.933). Alternative A5 (seeds) is ranked second in terms of significance (0.874), while in third place is Alternative A1 (wheat) (0.769). These results show that the enterprise should focus its resources and efforts mostly on corn production. Thus, corn production would make the greatest contribution to achieving maximum business results.

A sensitivity analysis was performed by including all λ coefficient values in the model [Figure 1]. 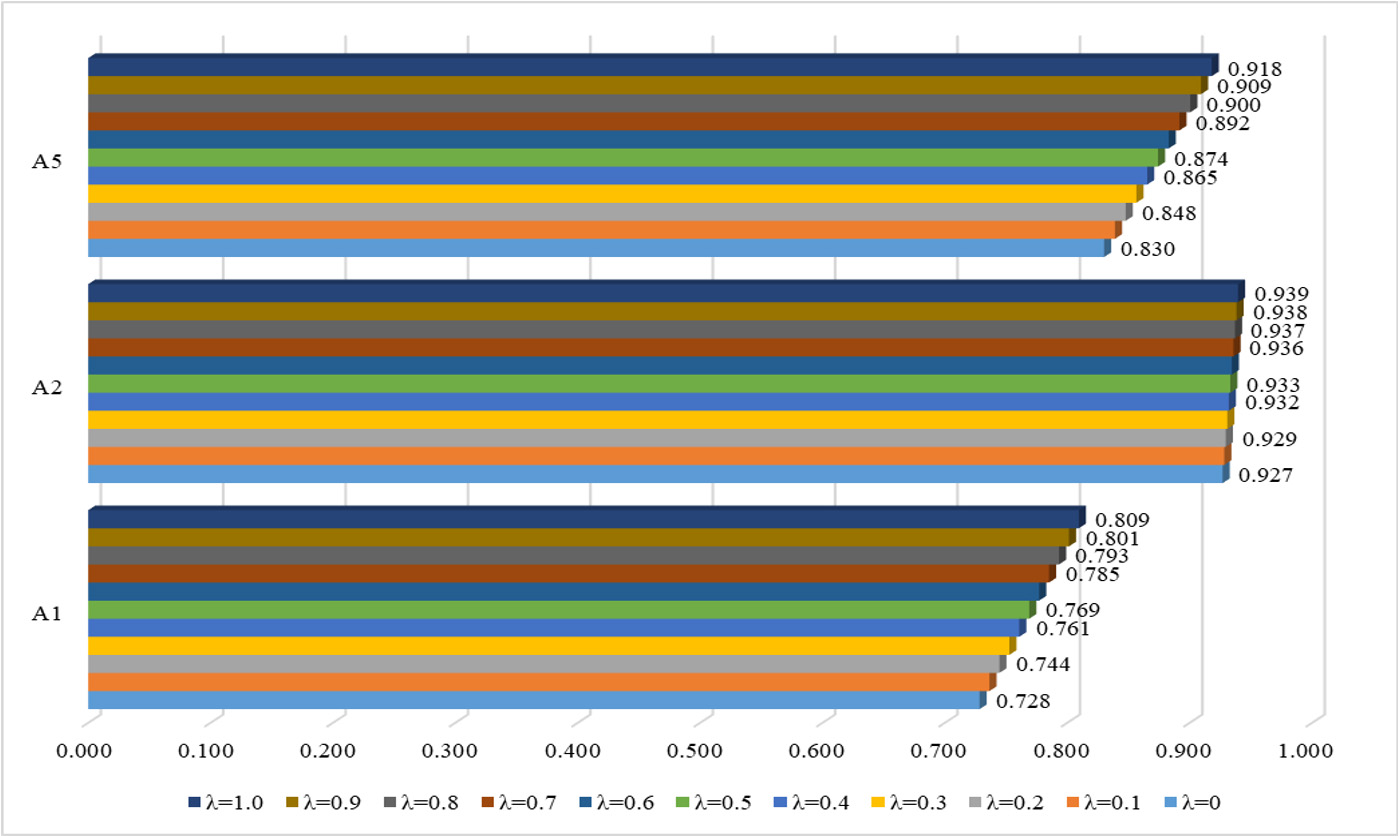 Figure 1. Ranking based on the λ coefficient.

Figure 1 shows the verification of the results of the WASPAS method including all values of the lambda coefficient in the model. These results show that the ranking of alternatives is the same as the initial ranking. In this case as well, Alternative A2 (corn) is in first place in terms of significance, while Alternatives A5 (seeds) and A1 (wheat) are in second and third place, respectively. A sensitivity analysis was also performed using Additive Ratio Assessment (ARAS)[20] and Evaluation Based on Distance from Average (EDAS)[21]. The results of the sensitivity analysis using these three methods are shown in Figure 2. 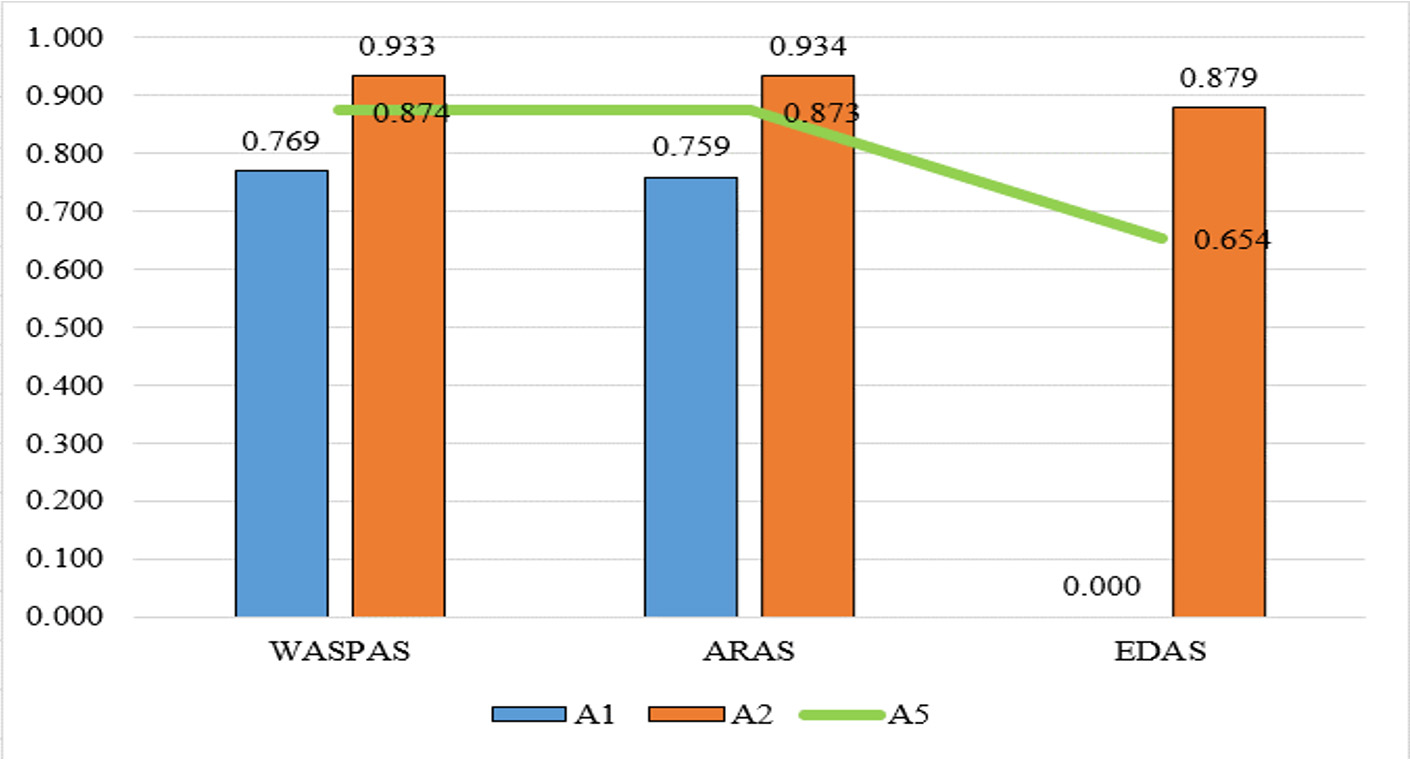 Figure 2 shows the results of the ARAS and EDAS methods. The ranking results using these methods were compared with the results of the WASPAS method. The figure clearly shows that there are no deviations compared to the previous ranking results. According to both ARAS and EDAS, Alternative A2 (corn) is in first place in terms of significance, while Alternatives A5 (seeds) and A1 (wheat) are in second and third place, respectively.

The author contributed solely to the article. 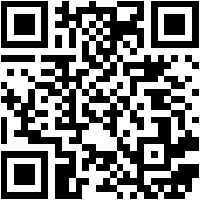